Posted on September 25, 2014 by bellalorigagnon

Today we went to Versailles. It was an interesting and not totally pleasant experience. The bus times were messed up and then it did not leave on the new time, so there was over an hour of standing around waiting, something that is not easy for us, especially Jeff with his cane. We did have tea for part of the time at a small new cafe, called Rotin’s Home. Nicest toliet I have seen in Paris except for Le Deux Magots. Modern and marble and clean, it even had mauve quilted toilet paper!

The drive to Vesailles was pleasant as the bus was very comfortable. There were 3 guides on board and I think 2 of them got up on the wrong side of the bed this morning. When we got there we were broken into different groups, some folks were staying all day. Our guide was quite lovely, luckily we did not get one of the two grouchy ones. We still had to wait in a que to get in the groups entrance as there were 1000’s of people everywhere. 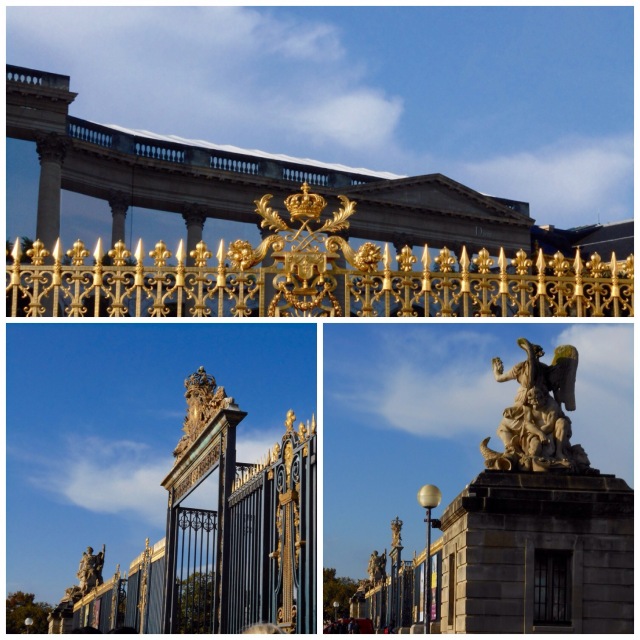 We finally got in the building and then the crush began. And I mean crush! I have never been with so many people. It was hard to hear our guide, even with the audio sets we were provided with. It really was a totally unenjoyable experience, so hot, crushed, people pushing and shoving and it was hard to take photos. 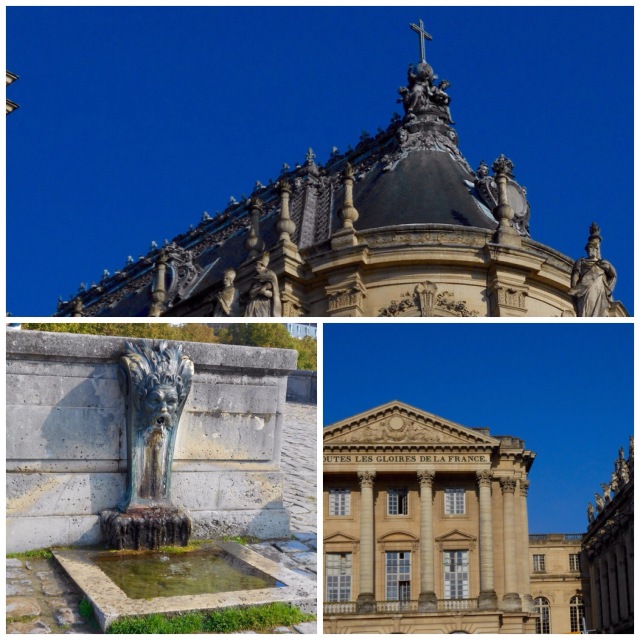 Then there is the totally over the top decadent opulence of the place. All the gold and over indulgence while children and families starved and died from poverty conditions in Paris. It is hard to imagine the inhumanity of it all. 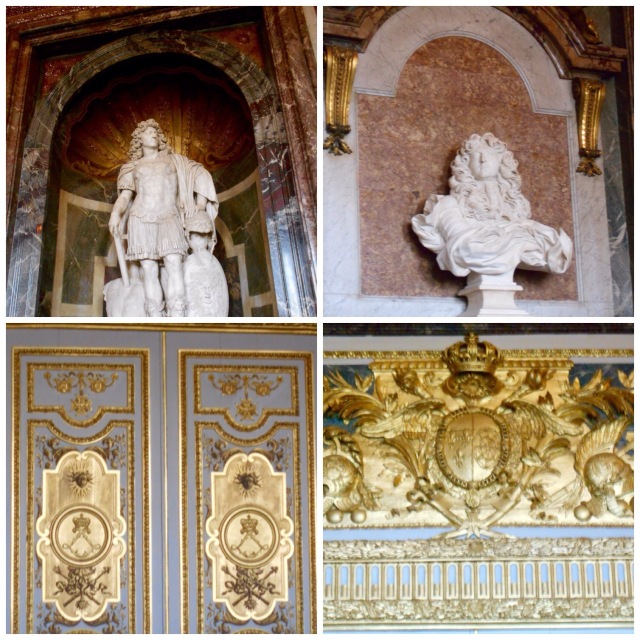 We saw some public rooms, filled with a lot of busts and paintings of the Sun King, Louis XIV. He must of been the king of the selfie as well! 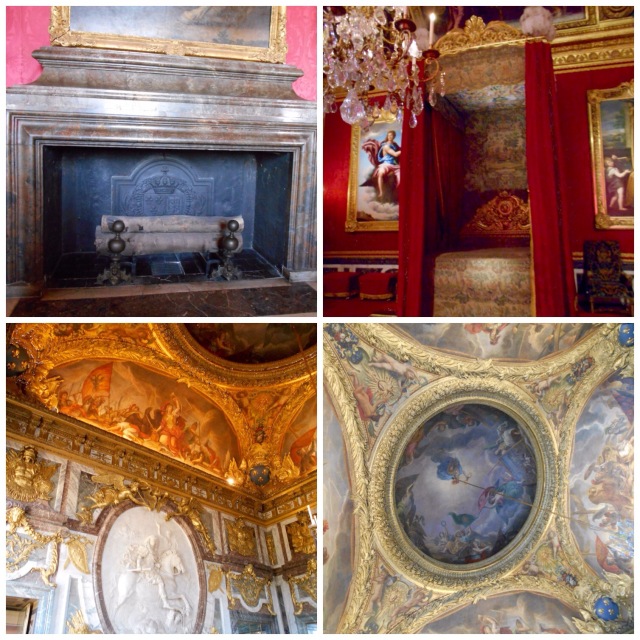 Next we saw the King’s public apartments. He was required to be undressed and go to bed and wake up and be dressed in public. The guide said he had a smaller private bed chamber where he actually slept. 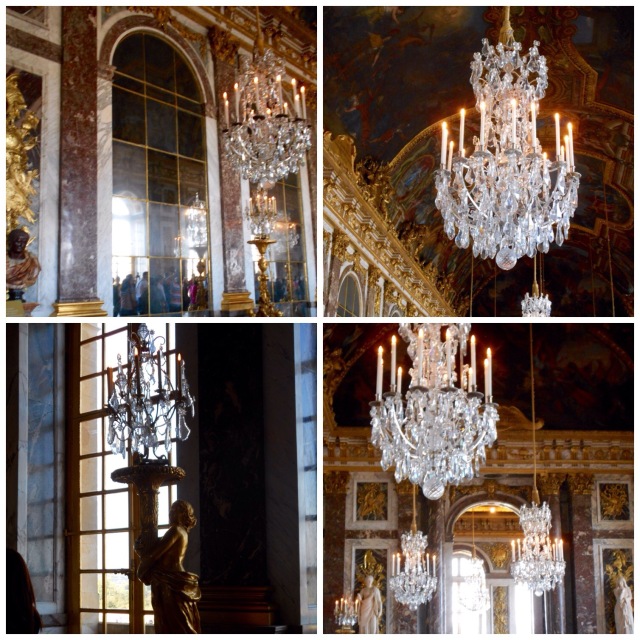 After the King’s apartments we went to the hall of mirrors. It is quite something to see. It is very beautiful, if again, decently opulent. 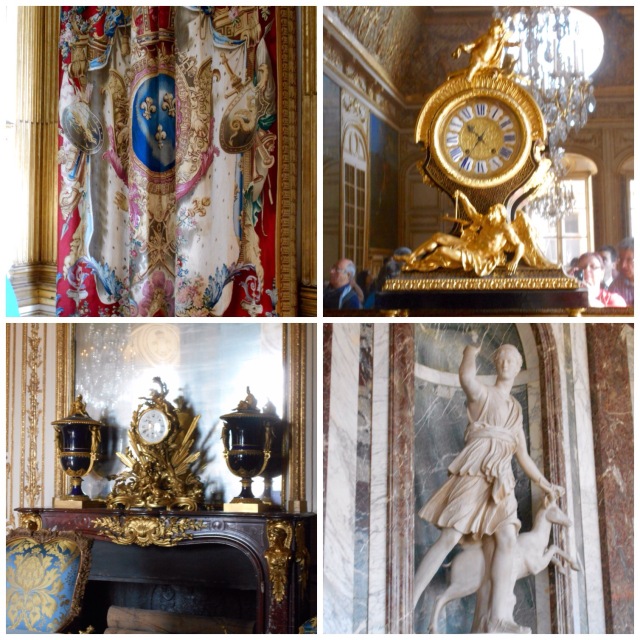 A few more public rooms and then it was the Queen’s public apartments. It was the same deal as with the King. Even the children were born in public in the Queen’s bedchamber. 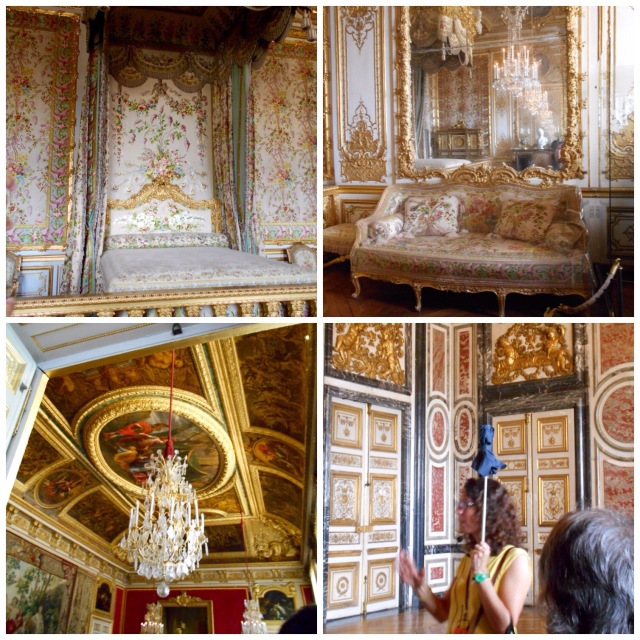 That concluded the tour inside. When we got outside we had 40 minutes till the bus left. We would have to go and stand in a really long line to buy a ticket to get into the garden and the fountain. There just was not time to do that and walk in the gardens. Very disappointing. I should of been much more diligent in asking what the trip included. I did not know there would be different options. We were able to see the garden from a fenced off area and take pictures. Better that nothing. 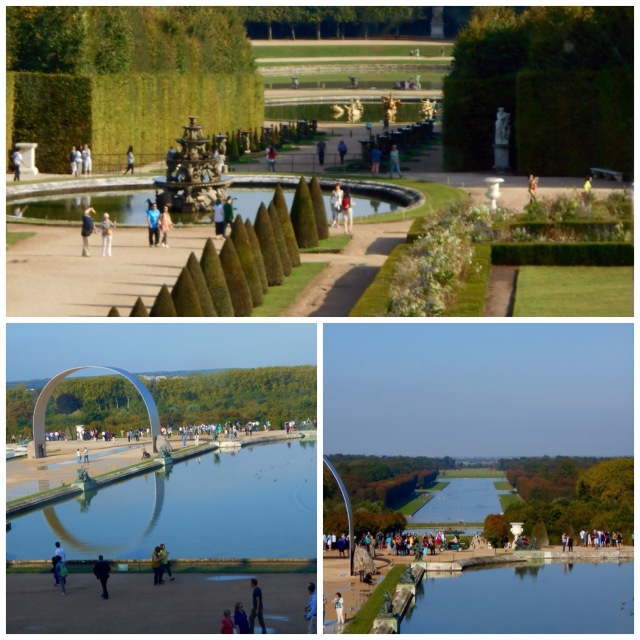 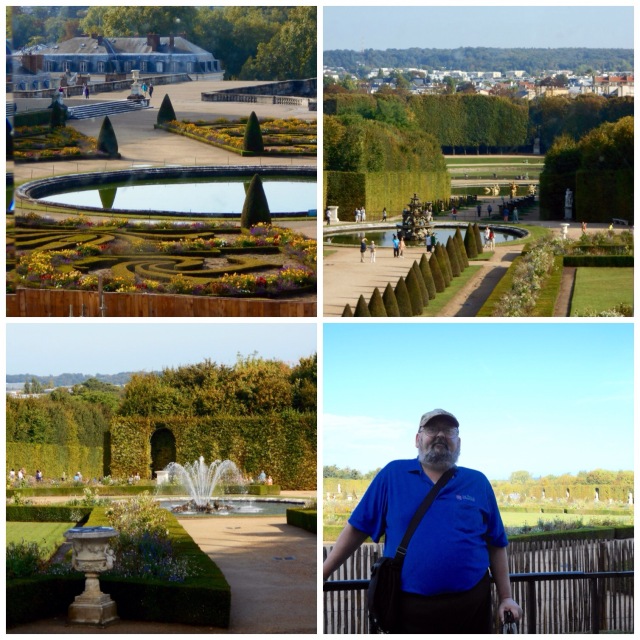 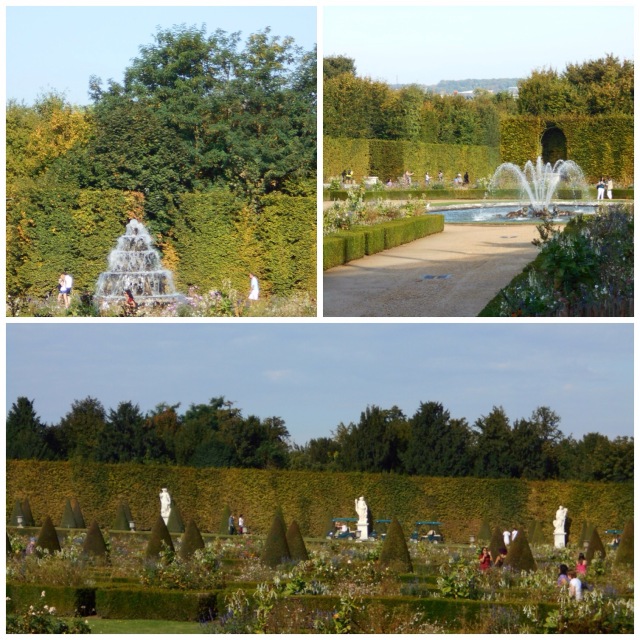 Then it was back to the bus to wait to come back to Paris. I got some beautiful pictures and I did enjoy all the history the guide shard with us. However, I really wish I would of taken a day trip to Giverny to see Monet’s home and water gardens instead. I know it would of been much more appealing to both of us.

This entry was posted in Uncategorized. Bookmark the permalink.